Fishing can now be taken to the next level! Drone fishing is now piquing the attention of many curious drone and RC enthusiasts. For those of you who love fishing, you’re in for a lot of fun. Fishing first started getting into the RC world when RC boat fishing became popular. Thanks to people who innovate, it was only a matter of time before drone fishing came into existence.

Drone fishing is becoming so popular that we are starting to see companies building drones specifically for fishing. One example is the upcoming AguaDrone.

What can it do? Well it’s the world’s very first drone with a fish finder. It’s high tech sonar pod can send signals to your smart phone and tell you where fish are located. It’s fully waterproof and can fly safely above saltwater and freshwater without any hiccups. It’s special customized fish pod can carry bait to lure the fish. It also has a special customized waterproof camera which can take awesome videos.

The AguaDrone isn’t the only fishing drone out there. Another example is the Splash Drone Mariner - Another drone made specifically for fishing. Not only can it fish, it can also take amazing aerial photos. Just like the AguaDrone, it is also fully waterproof. Many of us have seen horror videos of DJI drones falling into water and becoming completely unusable. With drones like the Mariner and AguaDrone, we won’t have to worry about that.

Another awesome fishing drone which surprisingly, not many people have heard of, is the Aero Kontiki. It has an awesome auto pilot system and comes with a return to home function. It delivers a long baited line up to 1000 meters out into the ocean and then it flies back and drops it off in the ocean. Though it is from New Zealand, it is likely that it won’t take long before it becomes popular everywhere else. 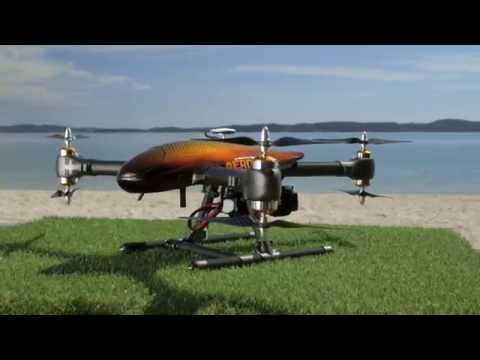 Drones aren’t the only gadgets out there you can fish with. As hinted earlier, there is also RC boat fishing for us RC boat fans. In fact it is where it all began. RC fishing was first done by adding a string and hook with bait to your boat. The boat was then sent out to try and catch fish by dragging them back to shore when they fell for the bait. It was then perfected when one company released the first ever RC boat specifically designed fishing, the Radio Ranger. The Radio Ranger RC Fishing boat quickly went viral and gained massive popularity among RC enthusiasts. Although there have been a couple of other companies trying to follow suit, it is currently the most popular choice.

How to go about drone fishing? 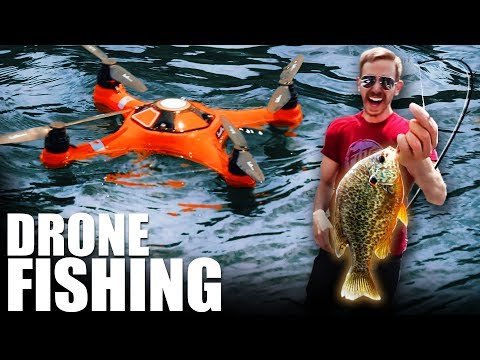 The best application for drones in fishing would be to find out places where there are lots of fish and if they are close to the surface. A drone can also be used to scout ahead for wave and wind patterns to stay safe during your fishing trips.

However, if you want to actually “fish” with a drone, here is how you do it:

You can go drone and RC fishing with just about any drone or RC boat if you are willing to take the risk. It involves tying a string to your drone and then attaching a bait and a hook to it. Next, fly your drone over the body of water you want to fish in. Wait for a fish to bite and just fly it up and bring it back to shore. The possible dangers of this is that if you are unlucky, a really big fish could get a hold of the bait and drag your drone down. You just have to be careful. The same method is also used for RC fishing with RC boats.

Drones that are specifically built for fishing have a line release mechanism which simply releases the line so you don’t end up losing the drone. The Radio Ranger RC boat has this same feature. If you’re highly interested in RC or drone fishing then I would highly recommend going this way.

Here are a couple of things you need to keep in mind for the safety of your drone or RC boat:

That’s about it for this post. RC and Drone Fishing are two awesome hobbies anyone can enjoy. Have fun, be safe and please share your thoughts below, in the comments section!